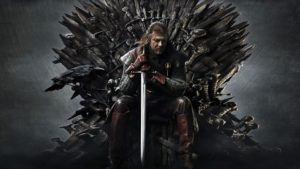 It’s the end of an era. Everyone is talking about it. HBO’s long running series Game of Thrones has ended. The series has covered 8 seasons and spanned 10 years. It has amassed millions of viewers and told an epic story all centered around one goal: The Iron Throne. At Urban Escape Games, we have mixed feelings about the writing for the final season. We like to think of ourselves as experts at spotting clues and uncovering mysteries. Trust us, you won’t be disappointed with the outcome when you try on of our ‘games’. Whether you win or not, you’re going to have an amazing time! Come experience well thought out escape rooms with great stories and puzzles that make sense and effectively service the final outcome.

Feeling mislead by plot-lines that ultimately meant nothing? Interesting imagery and happenings that were never followed up on? Don’t worry, we’ve got your back. You’ll make some great memories here with family and friends while all working together to solve puzzles and crack codes. Now that Game of Thrones has ended, you can stop binge watching and start playing and communication with your team!

Still getting over the untimely death of your favorite character? Getting over the unsatisfying death of your favorite character? Wishing your favorite character would have died instead of having them make the uncharacteristic choices they made? Come try one of our games where YOU are in control! It’s up to you to form a ‘small council’ of excellent team members to attempt to solve a common problem. Maybe leave the Master of Whispers out of it though, our games are all about constant communication! So no backstabbing or platting against your team like in the show. If you think you’ve got what it takes to win this ‘game’, click here to book your experience now. You can also call us at 678-805-2189 if you have any questions. Can you escape in time?