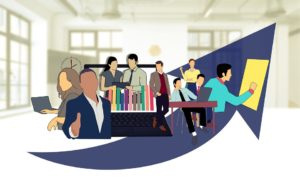 Teamwork is an important role here at urban escape games, BUT that is not everything you need to make a successful team. Team work is just a small thing that leads to a successful team. The many aspects that we will go over can and will lead to a well-rounded team and a team that’s in it to win it. First, we will start with communication, communication is important especially with an escape game because it allows people to be open and honest about what they find. It also helps folks talk about their ideas, if a teammate is afraid to talk because he/she feels like they may be shut down that could cost a team dearly. That’s why we always stress that communication is an important factor of a team that lets ideas flow freely and allows people to put a personal touch to certain things.

The next thing that is an important factor in a team is good leadership. We often find that teams do well when they have a team leader, but sometimes depending on the task the leadership can change if someone is better at something than another person. Other times a team leader is just someone who hold the team together like glue, they take in the information that the team is giving them, and he/she is able to effectively apply that. For example, in our games we often see someone giving out orders like “hey everyone spread out and look everywhere” at the beginning of games and that is a great idea! They need to reinforce the idea that teamwork is important.

The last major team factor is organization. It seems obvious, but organizing and putting things you have already used or things that you will use in certain places can and will help remove the clutter and let your team focus on what’s ahead instead of focusing on what’s behind you. Also organizing team mates in specific roles is another crucial thing, like having a team leader and a note taker can help reduce the clutter.

Hopefully these key factors of team work we have laid out for you can help you excel in our games. Remember, Teamwork is Important! So bring your team and see if you guys have what it takes to escape!

Escape Rooms at Urban Escape Games will get your team will have so much fun and see the different roles teams play within the game. So if you live in Alpharetta, Roswell, John’s Creek, Sandy Springs or Cobb County then call Urban Escape Games at 678-805-2189 or HERE to request more information and a Team Building Guide or booking your special event.