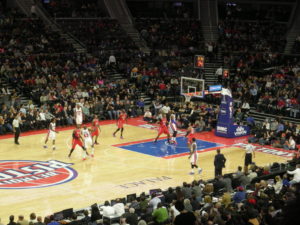 Competitive teams are always a blast. Here at Urban Escape Games, we see various kinds of competitors entering our doors. Sometimes teams will come to have a fun time. Sometimes, teams will come in a different kind of mindset though. While we are here for a primarily fun experience, teams will come in larger groups to compete against each other. It often feels like a sporting event going on in our unique and puzzling games.

Different sports require different techniques. Whether it’s focus, speed, strength or knowledge, different kinds of abilities are seen throughout the world of sports. And these same techniques are the ones we see at Urban Escape Games. When groups get competitive, often the teams will give each other a little pre-game taunt, not unlike some sporting events. While we encourage these taunts to remain friendly (you are all one big team after all), we do see lots of laughs during the exchanges between teams before the games begin.

Of course with these competitive teams, we will often see a prize on the line. Other than the obvious glory and bragging rights of escaping our rooms, teams will often set a prize of their own for the winning team. The losing team must buy dinner for the winning team is seen very often among our more competitive teams. During the games is where we see the real competitiveness come out. If the clock is getting close to zero, often teams will begin to cheer each other on knowing what is at stake and on the line if they lose to the other team.

Sometimes competitive teams will end the game in a draw, with either both teams escaping or neither. But no matter what, both teams always have an incredible time and want to come back for more. So book your team’s reservation at Urban Escape Games today! We look forward to the teamwork, team building and bonding and more that comes with the task of escaping our real life escape games.